Back to South Africa

Madam Crawf and I have been back to South Africa (where I was posted in the final years of apartheid). This time we spent ten days in and around the Kruger Park.

The first and most striking thing we found was that things are startlingly cheap. Back in the late 1980s a UK pound bought you some four Rand. Now you get about 20 Rand for a pound. Superb steak and chips and a drink is about £10. We kept wondering if the restaurants had miscalculated.

Here’s what’s happening to the Rand over time. Dropping like a stone. Wonderful for tourists and (in principle) for South African exporters. Horrible for average South Africans hoping to import new equipment or travel abroad themselves. Global investors ought to see the place as a bargain. But sometimes things getting cheaper just means that no-one wants them, because what in fact are you buying?

What’s causing this decline in the willingness of the world to trust South Africa’s currency? Simple. The compounding consequences of poor ANC government since apartheid ended:

The reality is that we have let the basic elements, like good governance, infrastructure and developing a working labour regime, slip. This—coupled with policy confusion and investor uncertainty—has made it harder for us to move out of our low growth cycle…

One especially depressing problem is the decline of the country’s once mighty power sector. Much of South Africa is basically desert or scrubland. The technological skill required to make that vast area work (and keep water moving to the dense urban areas) is immense. Successive ANC governments have appointed less able people to key technical functions, and dithered in taking the strategic investment decisions needed to keep things moving. Result? Power shortages, water failures, and pessimism.

When Africa as a whole is at last on the strong rise, it takes remarkable ineptitude to achieve declining growth, a point not lost even on some ANC people:

South Africa is growing at 1.5%, Africa is growing at 4%, that is not incredible and we as the richest country in the continent, the so called gateway to Africa, we are far behind countries like Nigeria, Ghana, Kenya and so on, so that is a crisis, it is a crisis of credibility and if we want to maintain our place as the main player in Africa, we have to admit that we are in a crisis and do something about it.

In this unhappy situation President Zuma has done something about it. He has made a fool of the country by sacking the respected Finance Minister, appointing someone with almost no credibility, then appointing someone else after a storm of criticism and a further slump in the Rand’s value. All within days.

“The rating agencies’ concerns are certainly valid, with the glacial pace of structural reform digging the hole that the economy finds itself in ever-deeper,” said Bart Stemmet, an analyst at NKC African Economics, based in Paarl, near Cape Town. “Brave leadership is needed to drive the deep structural reforms needed to put the South African economy back on track, but one wonders whether the specter of being rated junk would be enough to spark such a drive.”

When I left South Africa in 1991 to return the excitement of the collapse of Soviet communism, I was especially sorry to say farewell to Don Caldwell, a feisty young American free-marketeer who was doing a fine job in analysing South Africa’s sui generis national socialism and encouraging entrepreneurship. See eg this wonderfully prescient article pointing out that the socialist ANC and its communist elite would find plenty of happiness in the apartheid economy and its clumsy state control:

Apartheid socialism has done much of the ANC’s economic work.

The government owns the airline, the railway, the harbours, the television and radio services, the post office, the tele- phone service, the central bank, and the electricity company — all of them monopolies or near monopolies (the government, for example, allows one cable-television station to compete with the South African Broadcasting Corporation, but it may not show news).

The founding fathers of apartheid never hid their hatred of capitalism and capitalists. The whole point of apartheid was to create a racially divided society that the free market wouldn’t.

His book South Africa: the New Revolution spelled out a manifesto for small business, African entrepreneurship and radical market-based reforms. It’s still around. Alas Don was killed in a car crash not long after we left the country. Had many of his ideas been adopted thematically, South Africa would be in far better shape now.

Anyway, the Kruger Park is astonishing. For £15 or so per head you can drive round a vast area and watch wonderful wildlife wander up to your car: 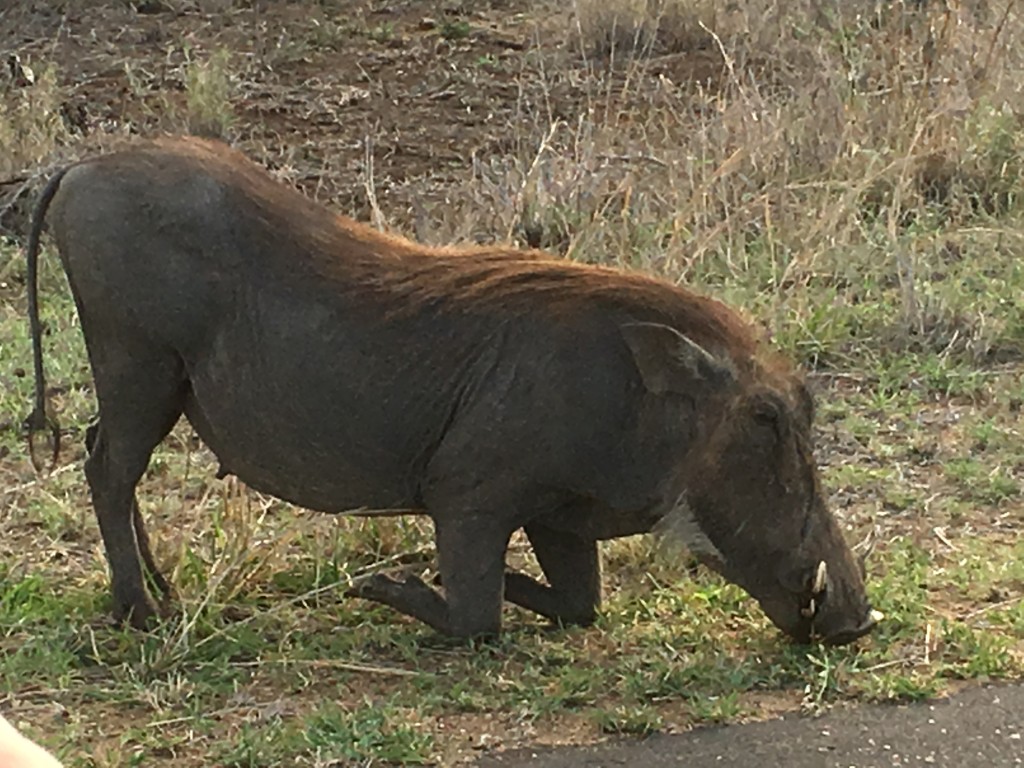 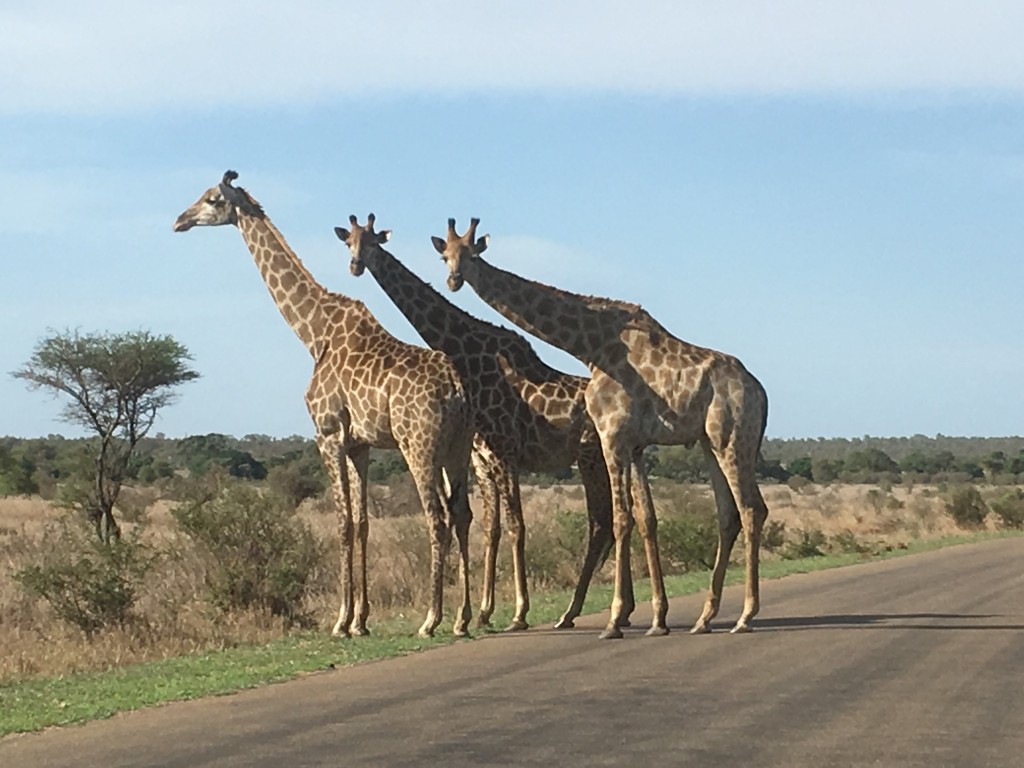 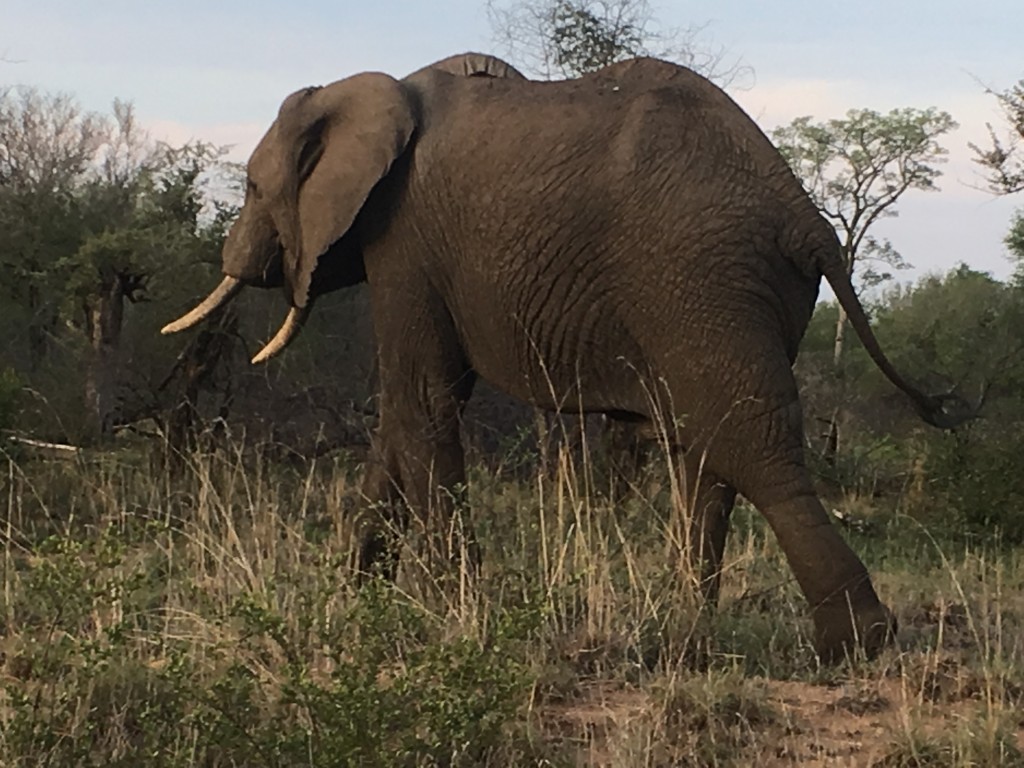 It transpires that vultures are good news. When they’re circling something significant is being eaten by something even more significant, not far away. Big game is big. A hyena is bigger than any dog I’ve seen. Giraffes rival skyscrapers. Rhinos are the size of minibuses, but with a notably worse attitude. These creatures and many more stroll around, waiting to eat or be eaten and generating prodigious quantities of dung.

You observe these marvels in ‘natural’ Africa then drive out of the park and within minutes you’re back in human African Africa. Sprawling zany houses, many unfinished but with exotic faux Greek pillars. Cars driving fast at night with no lights. Poor people (mainly ‘black’ but occasional ‘white) begging by the road. Ubiquitous Coca-Cola franchises: there is something uniquely depressing seeing African people spending their little money on warm Western fizzy drinks.

Above all, you see how it makes sense to see humans as an invasive species. Left to their own devices people would spread across the Kruger Park area, building little houses hither and thither and devouring anything nearby. Humans are part of nature. But humans armed with cars, trucks and guns can wipe out great swathes of nature in no time at all. As South Africa drifts downwards and the state frays and slowly but surely loses control, will its wonderful natural parks survive?