Assange is Not a Diplomat

He’s still there. An increasingly greasy Julian Assange lurks on in the twilight world of the Ecuador Embassy in London.

Along comes a new idea for Ecuador to try. Make him an Ecuador citizen and appoint him an Ecuador diplomat, then the Brits will have to allow him to leave as he’ll enjoy diplomatic immunity! Right?

An FCO spokesperson, confirming the latest attempt to resolve the impasse, said on Wednesday night: “The government of Ecuador recently requested diplomatic status for Mr Assange here in the UK. The UK did not grant that request, nor are we in talks with Ecuador on this matter. Ecuador knows that the way to resolve this issue is for Julian Assange to leave the embassy to face justice.”

The whole point of Diplomatic Protocol is that it draws on courtly principles of hospitality and respect as practised down the ages. Look, for example, at what HM The Queen writes when she asks another Head of State to accept her new ambassador (in this case, me): 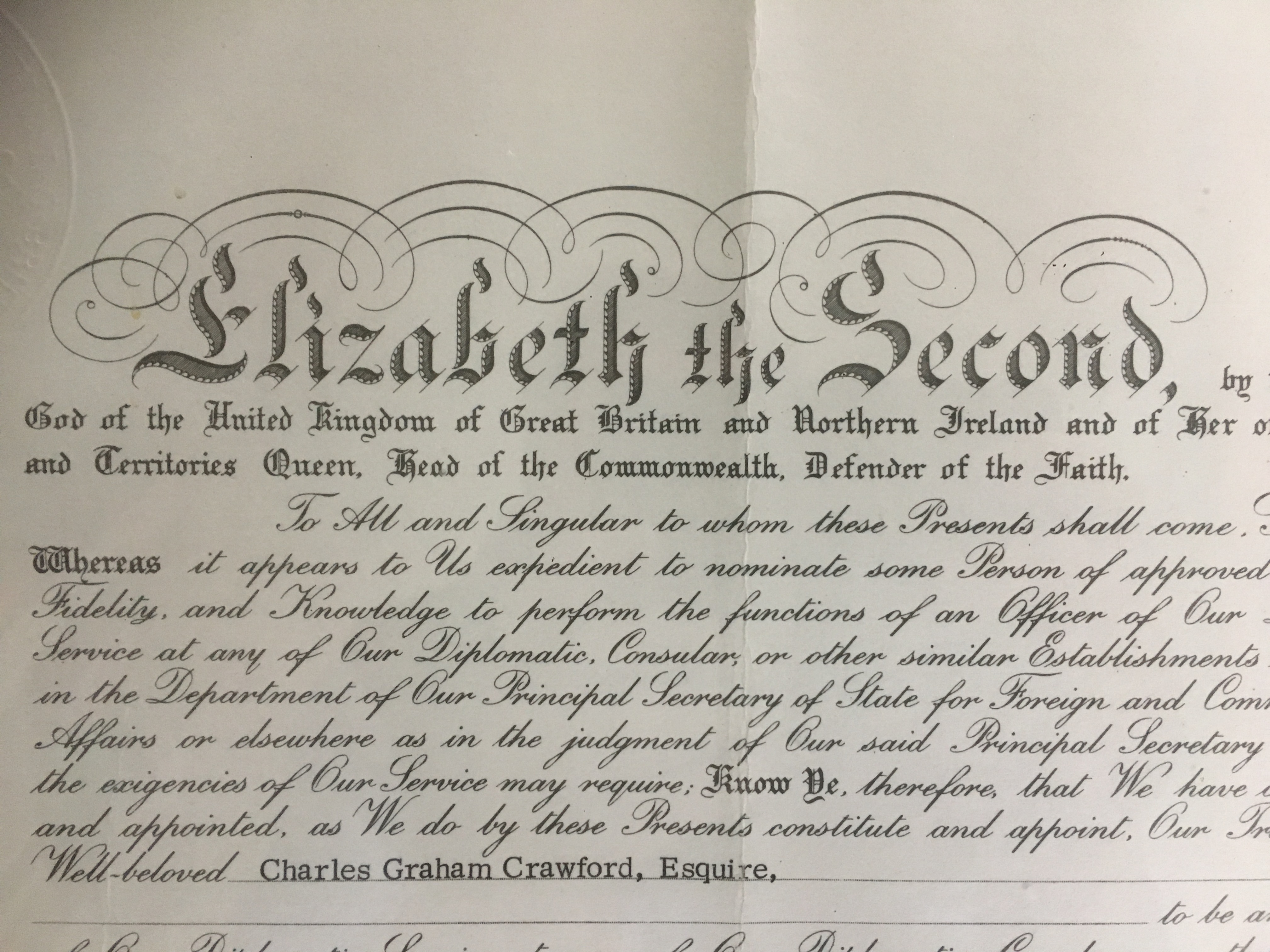 The language and style/tone of these ‘Credentials’ have not changed much in centuries.

The essential idea here is that diplomats are guests in the receiving state’s house. Guests in a house have certain expectations of privacy and hospitality: the host does not rummage through their underwear when they’re not looking, or deliberately make their bedroom unpleasant.

But hosts likewise have certain reasonable expectations of their guests. Guests don’t rummage through the host’s underwear or drink all their beer or invite in lots of other people for wild parties.

It follows that X is a guest in Y’s house only if Y accepts that X has that status. Plus if Y has guest status in X’s house, Y can not insist that Z get that status too.

In the Assange case, for reasons that are not clear (to me at least) Ecuador (a) granted Mr Assange Ecuador citizenship, and (b) then asked that he be granted diplomatic status in the UK.

Had the UK accepted this request, Mr Assange might or might not be allowed to leave the UK freely. He committed different criminal offences in the UK before his diplomatic status was granted, and an amusing new legal battle might ensue on how far if at all his diplomatic immunity now lets him avoid any proceedings about them.

The UK of course turned down this Ecuador request. It would be absurd to treat Mr Assange as a distinguished diplomatic guest and grant him the right to buy and guzzle tax-free booze as he drives in his new tax-free BMW to Heathrow.

Wait … but what if the United Nations makes him a diplomat? Won’t he enjoy diplomatic immunity in the UK then?

No. Or to be precise, not automatically.

In principle diplomats enjoy immunity in state X ONLY IF state X accepts them as such.

State X no doubt has agreed to accept UN diplomats working in or travelling via state X according to rules that all states accept for accrediting UN diplomats. But if the United Nations or any other organisation appoints someone as a diplomat only (or primarily) to avoid state X’s law, that in itself is a breach of those rules and no accreditation or diplomatic immunity flows from that as a matter of law.

Nothing. He lingers on in the embassy malodorously until the Ecuadoreans bundle him out of the door – or some deal is struck.

Just imagine how impossibly awesome it would be if that deal involved the Trump Administration dropping all charges against Assange in return for him testifying in Washington about corruption in the Hillary campaign and a few such other things. As part of the deal Wikileaks pays a couple of million $$ to the UK to compensate us for the time and money spent over Assange’s machinations here. Sweden drops all charges too.

Even the Guardian is wondering about such things, and musing that Assange maybe is not on their side any more:

When Ecuador first gave asylum to Assange, he was still a hero to many on the liberal left, and to many opponents of “US imperialism”. Today, most of those who still support Assange are hard-right nationalists – with many seeing him as a supporter of the style of politics of both Trump and Vladimir Putin. Assange is not the political icon he used to be.

You need a heart of stone not to laugh.