So Lady Crawf and I duly wended our way to Blenheim Palace to watch Nick Lowe and Elvis Costello. If you haven’t been there (or indeed if you have been there), B Palace is BIG and POSH: 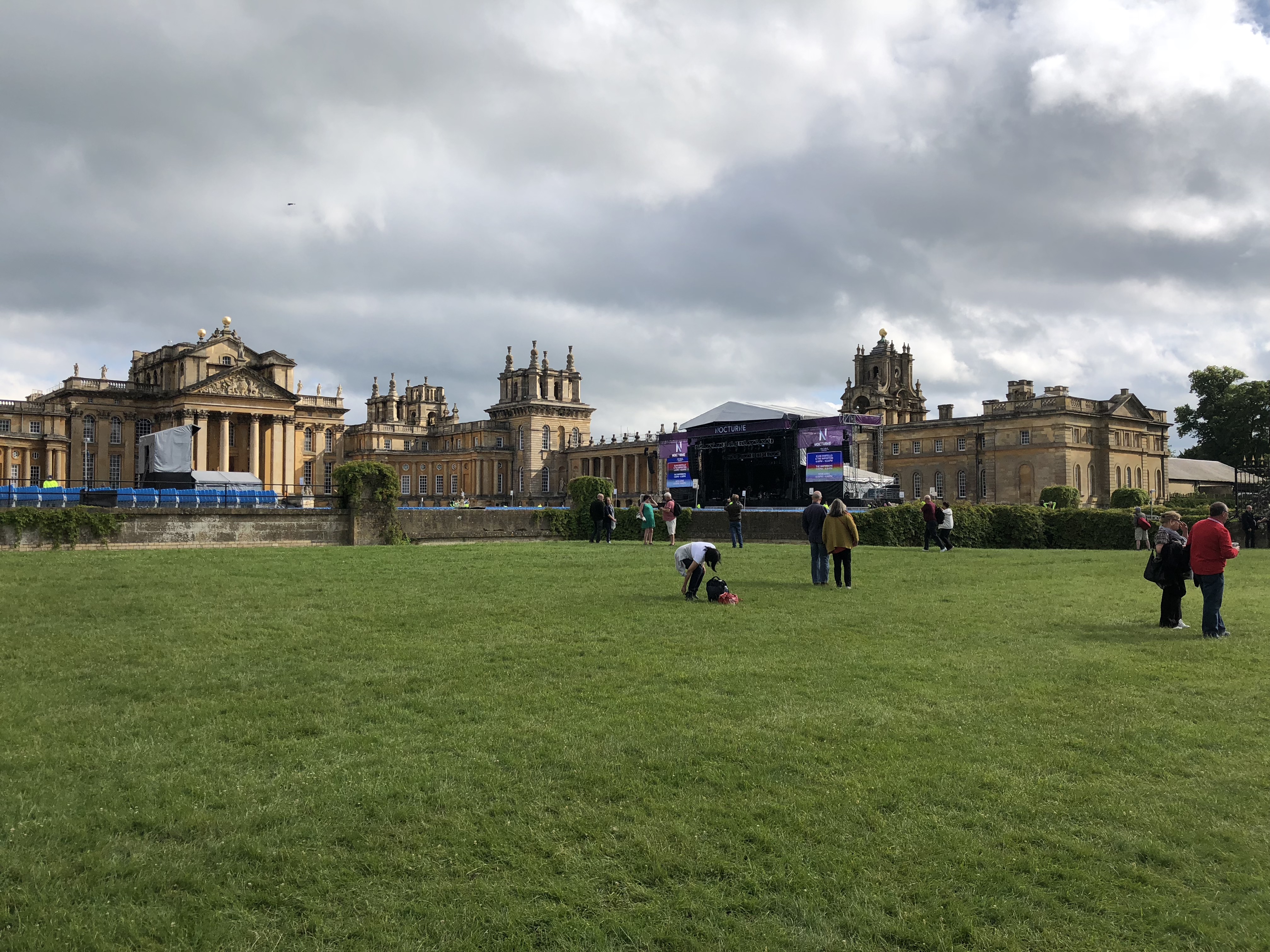 The event was generally excellent, audience and performers enthusiastically waving their zimmer-frames in mutual appreciation.

Back in the mists of time Elvis Costello made radical noises against Mrs Thatcher and so on, as one did. As now a multi-millionaire who has profited enormously from capitalism he maybe finds this sort of thing less plausible these days. Nonetheless, not unreasonably he worked in a wry dig or two at the magnificent surroundings and their imperial origins, including THAT line from Oliver’s Army as a nod to the opulent context:

Hong Kong is up for grabs, London is full of Arabs
We could be in Palestine
Overrun by a Chinese line
With the boys from the Mersey and the Thames and the Tyne

But there’s no danger. It’s a professional career

Though it could be arranged with just a word in Mr. Churchill’s ear

If you’re out of luck or out of work, we could send you to Johannesburg

He followed that with Shipbuilding, the song he wrote to denounce the Falkland’s War:

It’s just a rumour that was spread around town
A telegram or a picture postcard
Within weeks, they’ll be re-opening the shipyards
And notifying the next of kin, once again

It’s all we’re skilled in
We will be shipbuilding

And he finished with a rousing Peace, Love and Understanding. This version from (already) ten years ago gives the general idea:

As for Nick Lowe, he’s just the best. He did a perfect lilting version of this one:

It’s now as far from me today to My Aim is True in 1977 as it is from there to 1936 and Hitler/Mussolini and the British Empire. Blimey. Too old to rock ‘n’ roll, too young to die and all that.