Ludwig Wittgenstein! There’s a name for us newbie philosophy fans.

Wittgenstein burst into the tranquil Cambridge life of the then mighty philosopher Bertrand Russell and was soon arguing with him intensely about the presence or absence of a rhinoceros in the room. Or was it a hippopotamus?

Wittgenstein often used analogies with chess to make his philosophical points about language and meaning and understanding:

When one shows someone the king and says: ‘This is the king’, this does not tell him the use of this piece–unless he already knows the rules of the game up to this last point: the shape of the king.  You could imagine his having learnt the rules of the game without ever having been shown the actual piece.

Compare how differently the word “false” comes into the game where the child is taught to shout “red” when red appears and the game where he is to guess the weather, supposing now that we use the word “false” in the following circumstances: when he shouts “green” when something red appears, and when he makes a wrong guess about the weather. In the first case the child has not got hold of the game, he has offended against the rules; in the second he has made a mistake. The two are like playing chess in violation of the rules, and playing it and losing

I might say that chess would never have been invented apart from the board, figures, etc. and perhaps apart from the connection with troops in battle. No one would have dreamed of inventing the game as played with pencil and paper, by description of the moves, without the board and pieces. Still the game could be played either way. It is the same with mathematics

Words and chess pieces are analogous; knowing how to use a word is like knowing how to move a chess piece. Now how do the rules enter into playing the game? What is the difference between playing the game and aimlessly moving the pieces? I do not deny there is a difference, but I want to say that knowing how a piece is to be used is not a particular state of mind which goes on while the game goes on. The meaning of a word is to be defined by the rules for its use, not by the feeling that attaches to the words

Scores if not hundreds of other examples.

This raises a tricky question. Perhaps more than one!

First, it’s a game (whatever that is). It’s often played by two people on a board using physical pieces, but it can be played by a computer against another computer using nothing but clever algorithms to (for us mortals) astonishing levels of sophistication. See DeepMind whupping Stockfish:

Second, it is finite. The number of possible chess positions is beyond our imagination, but eventually it stops: you can principle possible make a very long list of all of them (noting that some will be ‘illegal’ under the rules).

Third, it has rules. The board-size is fixed. So are the starting positions and the moves of the pieces.

Fourth, it has a goal. The pieces are moved with an ultimate aim in mind – to capture the other side’s king. Two people could amuse themselves by moving the pieces according to the rules but with no aim in mind or eg the aim of seeing whose pieces can be swapped off first. They’re playing with chess pieces in a chessy way. But are they playing chess?

What today we call ‘chess’ is a game that has changed a lot down the centuries. Something we can recognise as chess was being played 500 years ago.

That one change (effectively creating one new piece) would create gazillions of new possible chess positions, but it would still be ‘chess’ both in name and in spirit, with the game playing out within the broad world of the current understanding.

There are many other ideas for introducing new pieces to add variety. If any of them were adopted officially, it would still be chess – just tweaked.

Thus there are many variations of chess, including ‘Fischerandom Chess’ (or Chess960) where the starting position of the major pieces behind the pawns for White and Black varies. The point is to get rid of the chore of mastering opening theory and instead focus on raw skill at using the pieces. 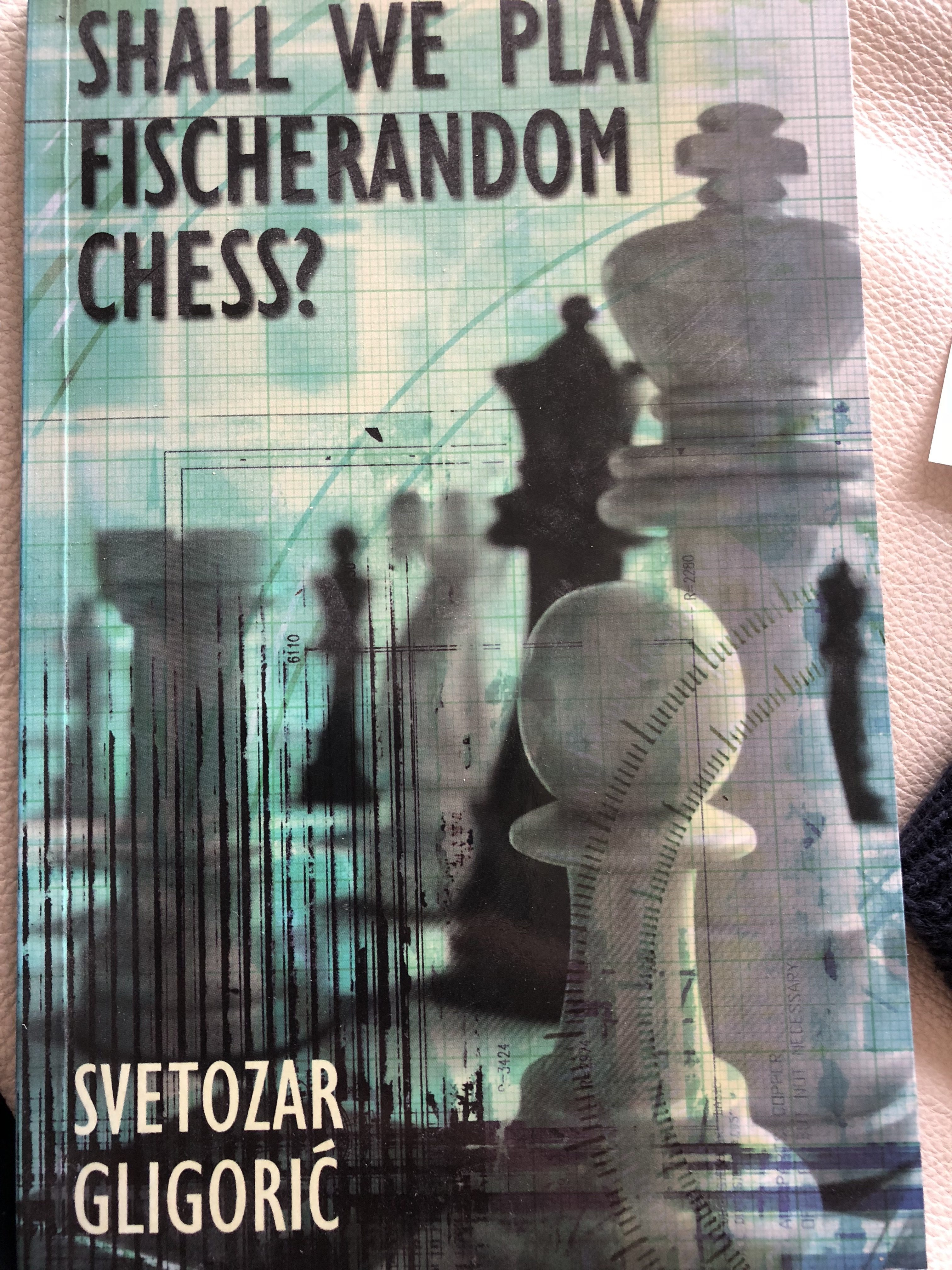 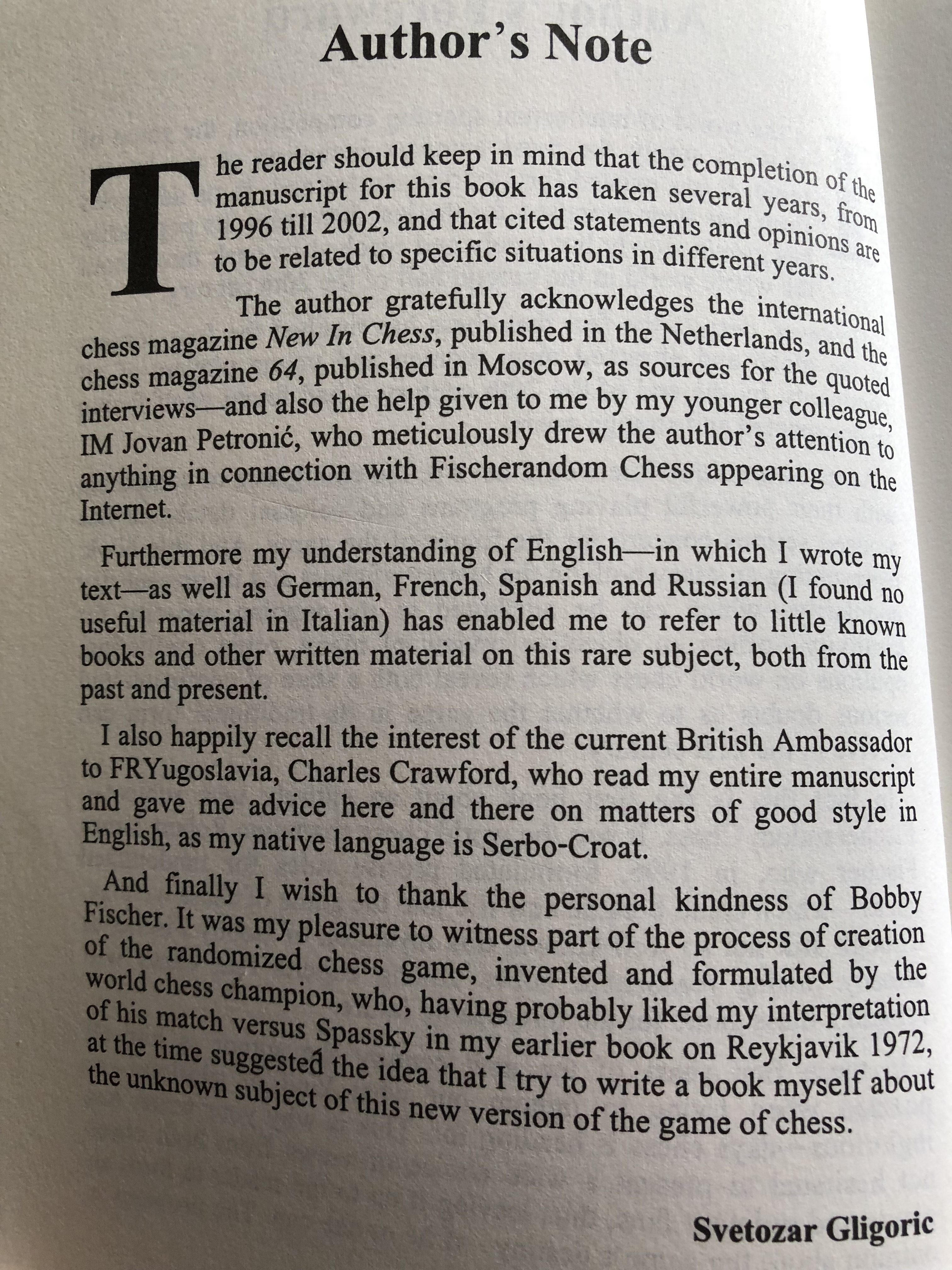 One interesting thing about Chess960 is that it’s not too long before the game starts to look like a ‘normal’ chess game and proceed accordingly.

Yet for all this we do seem to think (maybe wrongly) that there is a thing or an idea called chess that goes beyond the mere use of the word. Something fixed.

Tennis is not chess. If the rules of chess were changed step-by-step so that eventually the game became a physical encounter with a ball highly like what we now call ‘tennis’, that might be called ‘chess’ by the governing body, but it wouldn’t be chess!

In other words, chess apparently (sic) has a real existence both as a board game and as a series of computer algorithms, but it also has an abstract or metaphysical identity. This is chess. That is NOT chess.

Take for example a perfect triangle, as it might be described by a mathematician. This would be a description of the Form or Idea of (a) Triangle. Plato says such Forms exist in an abstract state but independent of minds in their own realm …

According to Plato, for any conceivable thing or property there is a corresponding Form, a perfect example of that thing or property. The list is almost inexhaustible. Tree, House, Mountain, Man, Woman, Ship, Cloud, Horse, Dog, Table and Chair, would all be examples of putatively independently-existing abstract perfect Ideas.

Wittgenstein thought (I think!) that such talk was non-sensical. Chess is our use of the word ‘chess’ and nothing else.

Maybe. Yet isn’t it odd that in all the examples quoted above, Wittgenstein seems to take chess as something specific and ‘fixed’, when maybe it isn’t? Or did he:

If, for example, the game of chess is defined in terms of its rules, one cannot say the game changes if a rule for moving a piece were changed

But is that the only way to define the game of chess?

Philosophy. It passes the time.