As of midday today (28 February 2022) there’s talk of Ukrainian and Russian delegations meeting to discuss a ceasefire.

One of the really key ideas in any negotiation between parties involved in a military conflict is this: You never win more at the negotiation table than you control on the ground.

Of course, never is a long time. And it’s possible that if country A has made a serious military push into country B and controls lots of country B’s territory, country A may agree to withdraw as part of an overall peace settlement.

But unless other forces can credibly threaten country A that it will incur a huge new cost if it stays and occupies part of  country B, country A will demand (and probably get) a very high price for withdrawing.

This makes sense in terms of primitive power-logic. Country A has done some hard work and taken risks to achieve those territorial advances. Country A has won. Country B has lost. Why should country A not keep what it’s grabbed?

Hence a seemingly paradoxical phenomenon. As peace-talks get closer, the fighting may intensify to the point that that the peace talks are cancelled. Why? Because the very fact of the looming peace-talks incentivises the parties to try to grab more advantages on the ground to use as bargaining chips when the talking starts!

And so on. Lots of permutations and possibilities for mis-analysing the situation.

In the Ukraine v Russia situation, both sides for their different reasons may be ready to accept a ceasefire. When you’re getting deeper in a hole, stop digging. But even if they manage to agree a ceasefire, then what? How can Ukraine accept placidly the continuing presence on its territory of an invading army and all the dirty military intelligence and sabotage potential that comes with it? In this sense Russia pays a much lower price for accepting a ceasefire. Its troops are there, and a ceasefire somehow ‘freezes’ their status.

On the other hand, Russia may not want the Ukrainians to get a breathing space and use it to bring it lots of new weaponry. Plus the economic costs to Russia of this latest aggression must be startling. Russia’s economy is not so strong that it can shrug this off. Time to regroup and rethink? 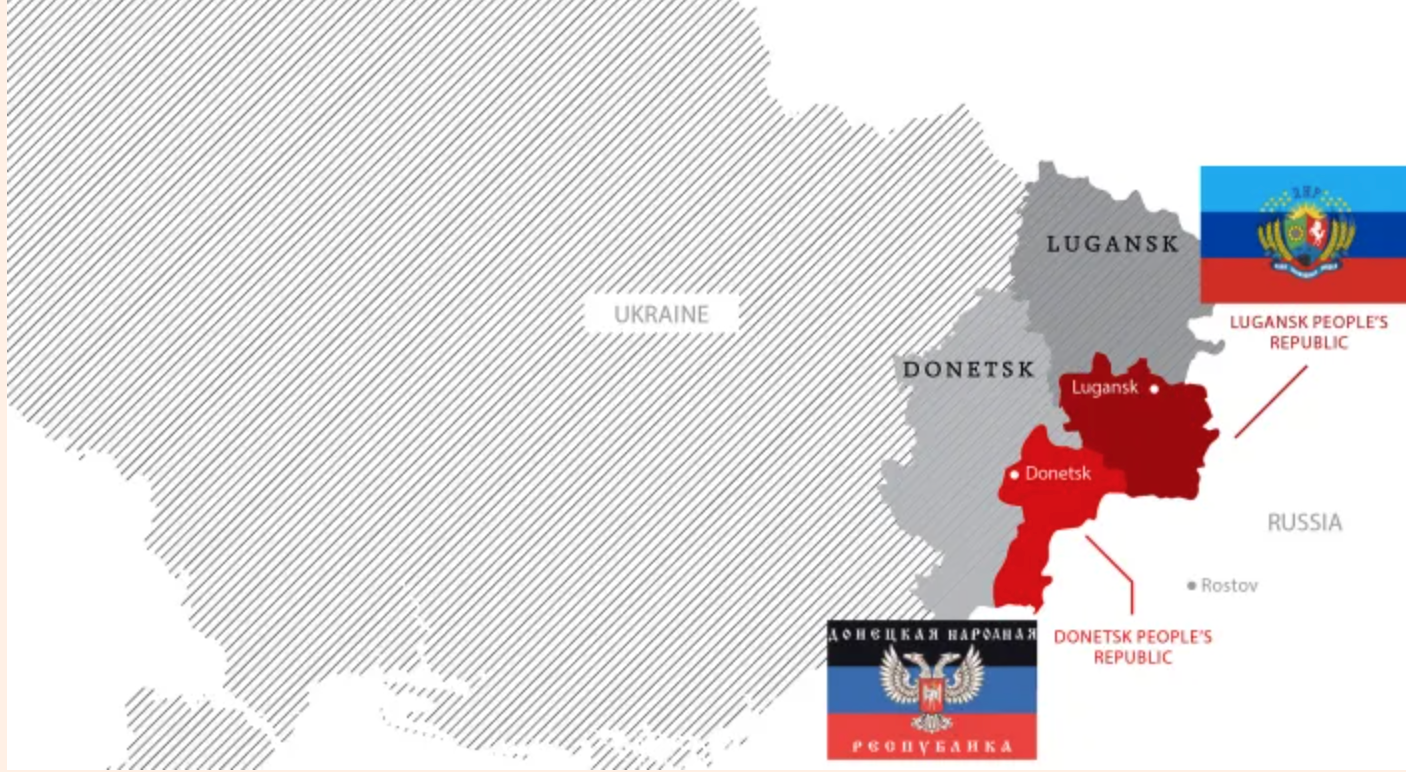 This opens the way for these ‘states’ to hold referenda and vote to join Russia, thereby hiving off sizeable parts of Ukrainian territory, all under the guise of ‘self-determination’.

It’s hard to imagine any peace-process between Ukraine and Russia seeing an outcome that reverses Moscow’s recognition of those two squalid little fiefdoms. That’s just not how Russia (under any conceivable management) operates. What we have, we keep. But maybe there’s a case for Ukraine going along with that to get rid of a significant bloc of unhappy Russian-speaking voters, if in return Ukraine gets serious security guarantees Russia will respect a now rather smaller Ukraine’s sovereignty going forward plus accelerated integration with the EU and wider Western space? Painful now. But maybe far better in the long run?

Maybe, just maybe, this dangerous situation can lead to something much better. Russian troops withdraw. Ukraine gets back to normal, supported by lots of new Western cash. And NATO/EU and Russia sit down and start to think in creative if not radical new ways about mutual security guarantees and their supporting military frameworks.

Diplomacy is in part the art of building a golden bridge so that someone can make a graceful retreat. What might make V Putin inclined to take such steps back and away from intensifying the conflict?